What is a Flag Pattern? 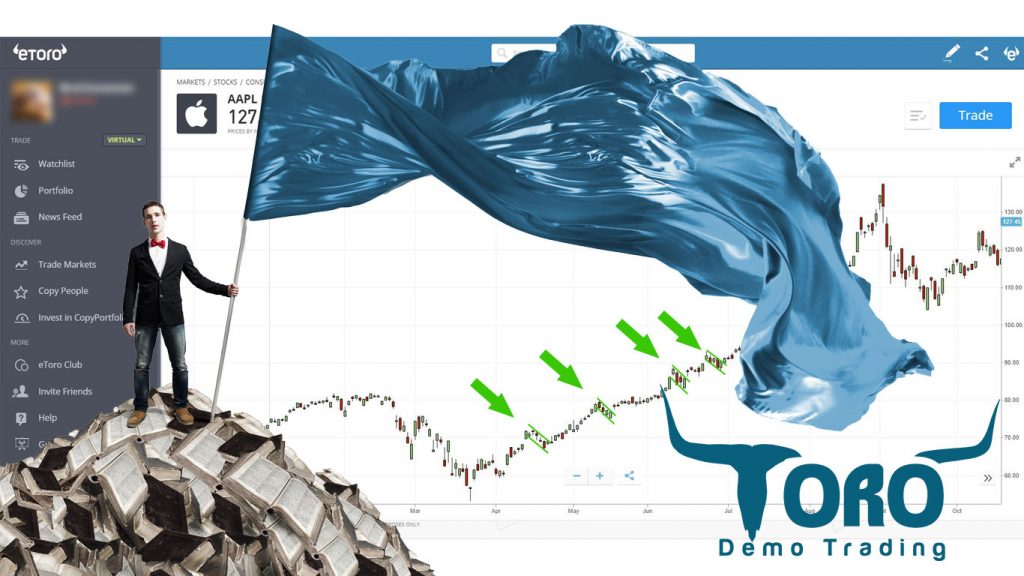 The flag pattern is made up of an upper trendline which connects the significant highs of a price movement at a certain range or period. It is also equipped with a lower trendline which is drawn by connecting the significant lows of a price movement at a specific period or range. Both the upper and lower trendlines are generally parallel with each other. However, one trendline can also be sloping provided that the angle is not too significant to the point that the trendlines intersect, else the pattern would be considered as a triangle pattern or wedge pattern. The bullish flag candlestick pattern is a continuation pattern that happens during a momentary pause from a strong upward price movement. It consists of a pole that is represented by the strong upward movement of the price. The formation of the bullish flag pattern involves a channel that directs downward with both upper and lower trendlines parallel to each other.

Breakouts are expected to happen as soon as the price pierces or breaks through the upper trend line.

Below is an example of the bullish flag pattern for the asset – AAPL.

On this particular example for the bullish flag pattern, there are multiple formations. Each of the occurrences of the pattern happened after a strong bullish movement of the price. It is also noticeable that the price within the flag bounced and pulled back only within the channel or between the upper and lower trendlines.

It is also important to note that the price movement within the channel should have at least two new lower lows and new lower highs else the pattern will be disregarded as a flag pattern. The bearish flag pattern on the other hand is the counterpart of the bullish flag pattern. This pattern occurs during a momentary pause from a strong downward movement of the price. Just like the bullish flag pattern, it also consists of a pole that represents the strong downward movement of the price. Its formation features a channel that is directed upward, showing a momentary upward trend. Likewise, the channel consists of an upper and lower trend line that parallel to each other.

For the case of bearish flag patterns, pullbacks are expected whenever the price breaks through the lower trend line. From the image above, there are multiple occurrences of a bearish flag from a strong bearish market. Notice the momentary trend reversal from a bearish trend to a bullish trend then eventually continuing to move further downward. Also, the price changes happened within the channel or between the upper and lower trend lines. Pullbacks occurred as soon as the price broke through the lower trend line.

The credibility and reliability of flag patterns are dependent mainly on the requirements or their components. It becomes an effective trading strategy if one understands the conditions as well as the effect of the pattern. However, before a trader becomes an expert on this pattern, he or she still needs to understand the basic concepts that revolve around it. These basic concepts include the use of trend lines, identifying trends, drawing channels, and being able to find a strong price movement where the pattern may occur. While these things may seem intimidating for the newbie or someone who is just getting started at trading, it is doable provided there is constant practice and training on real-time trades. In this regard, eToro offers a virtual account where a trader can trade in real-time without having to spend anything. Having access to a virtual portfolio also grants access to all tools within the platform.

The best way to master flag patterns is to fully understand the basic concepts and to have constant practice.

Despite bear markets being a natural period of a market cycle, it may be hard to anticipate such … END_OF_DOCUMENT_TOKEN_TO_BE_REPLACED

In the forex and stock market industry, prices will always fluctuate in a consolidation or … END_OF_DOCUMENT_TOKEN_TO_BE_REPLACED