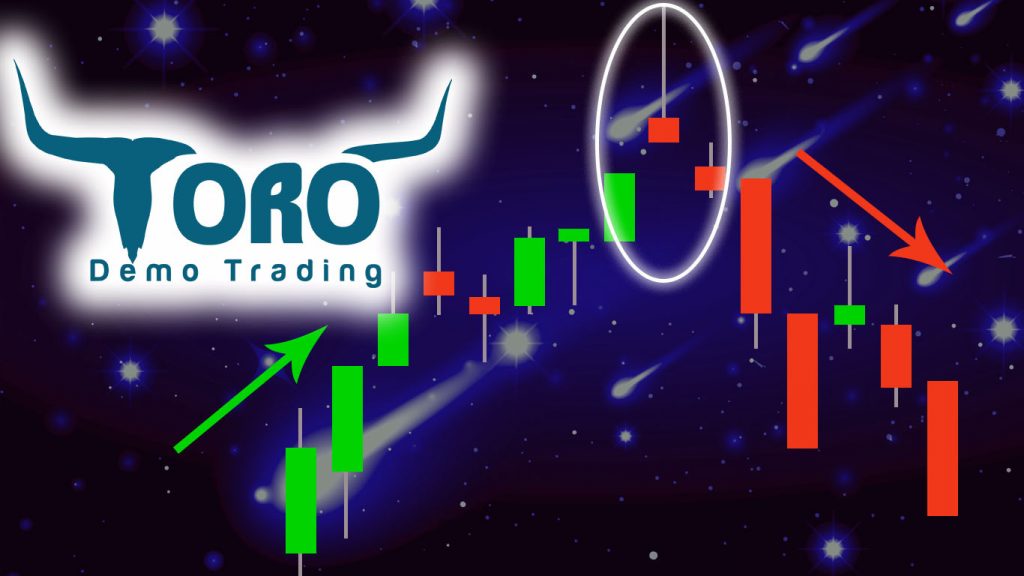 What is the Shooting Star Pattern?

The Shooting Star or also known as the “Falling Star” pattern is a candlestick pattern that signals a reversal from a bullish trend. it is a single candlestick pattern that is made up of a small body and a long upper tail with no or considerably short lower tail. This pattern appears at the end of an uptrend and signals a trend reversal to bullish. Many traders use this pattern as a signal to sell positions to avoid losses from the foreseen price drop.

A Shooting Start pattern develops at the moment of price advance, and the upper shadow should be longer than the lower shadow with its real body closer to the lower tail. 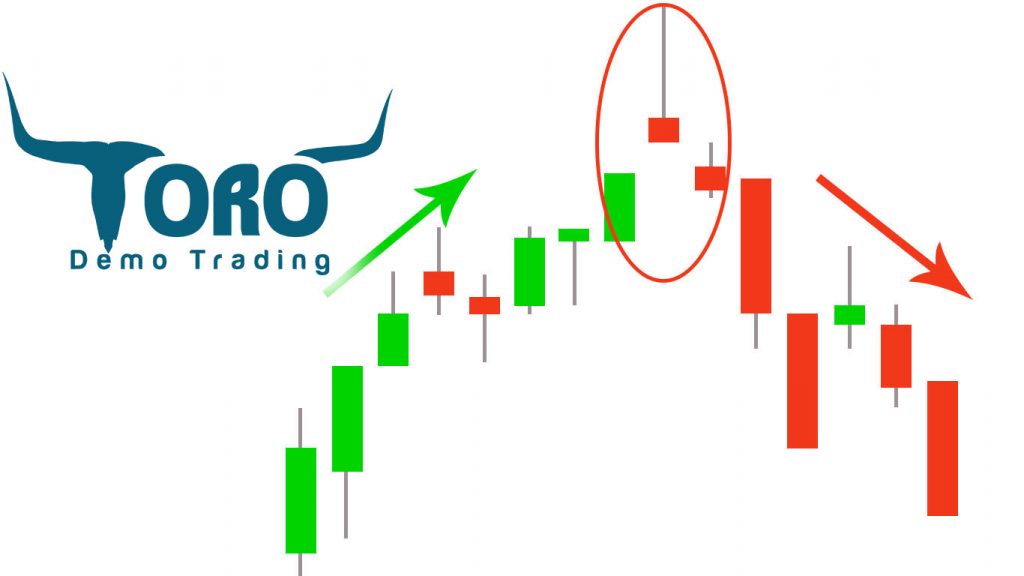 This trend reversal pattern shows that price rose at a considerable level, however, the overwhelming strength of sellers dragged the price to drop near the opening price. As a safety measure, traders don’t usually immediately sell positions as this pattern occurs. Traders wait for a confirmation candle which will provide support to their next decision whether to sell or short.

How to Implement the Shooting Star pattern in an Actual Trade

As an example, we’ll be using the asset – Alibaba Health Information Tech (00241.HK) from eToro. 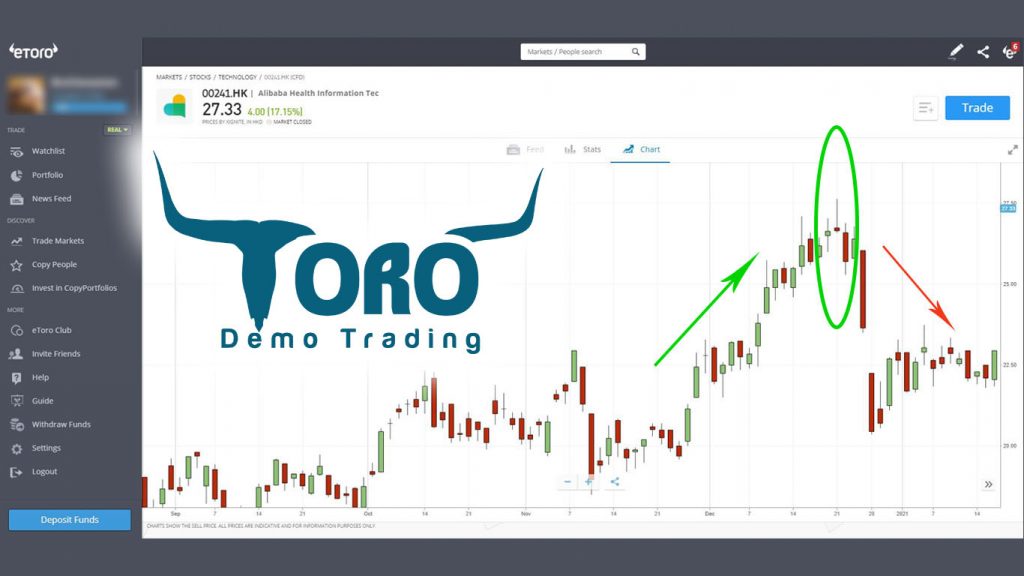 We can see from the sample illustration that the trend before the pattern is an uptrend having a series of trenches – having higher highs and higher lows. As the pattern appears on top of the trend, the body of the Shooting Star candlestick pattern is higher than the closing of the previous candle. Also, the upper tail is much longer than the lower tail. This indicates that buyers were most active during the beginning of the trade, however, sellers overwhelmed them as the trade closes. This gives an assumption that sellers would still prevail in the preceding trades which is why traders sell their positions or short.

The Shooting Star pattern is a good signal to consider when trying to find exit points on an uptrend market. While it shows that sellers have won over the buyers at the end of the trade, it doesn’t usually guarantee that the next candle will be bearish – there is still a possibility that buyers will regain momentum due to the long upper tail left behind by buyers. As a confirmation and as a safety measure, it is best to consider the next candle after the pattern. The confirmation candle will let the trader know if the price will continue to drop or will continue with the uptrend.

As an added support to the analysis of the Shooting Star pattern, a trader can also refer to the volume as well as the RSI. RSI levels that are higher than 70 are considered” Overbought” and prices have the tendency to drop. By using indicators such as RSI, Volume, along with MACD can provide additional support to the analysis of the pattern. With constant practice and diligent research, any trader would be able to use the Shooting Star pattern to their advantage.

Despite bear markets being a natural period of a market cycle, it may be hard to anticipate such … END_OF_DOCUMENT_TOKEN_TO_BE_REPLACED

In the forex and stock market industry, prices will always fluctuate in a consolidation or … END_OF_DOCUMENT_TOKEN_TO_BE_REPLACED