Along with knowing its descriptions, let’s also find out how to implement these patterns on an actual trade on eToro. 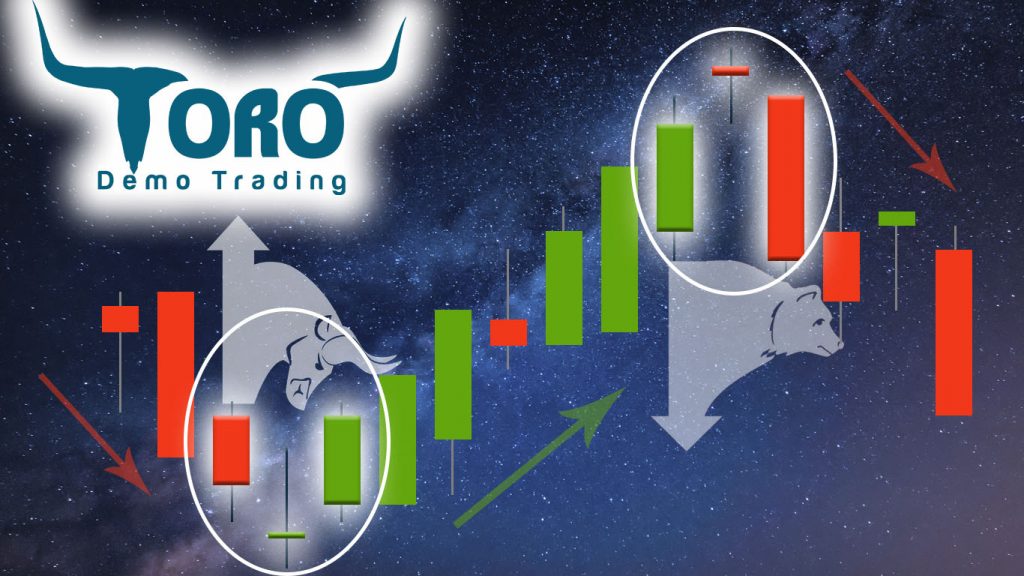 What is the Morning Star Pattern?

It is said that the more candles involved in a pattern, the more complex it is. Despite its complexity, however, an increase in the number of candles also means an increase in its accuracy because it makes use of other candles as confirmation. The same goes with the Morning Star pattern which is composed of three candles that signals a reversal.

The Morning Star pattern is a bullish pattern that signals trend reversal and develops at the end of a bearish trend or downtrend. It starts with a long bearish candle having little to no tailor shadow. The second candle that follows the bearish candle should be a Doji or a Spinning Top. It should have a small body and may or may not have a tailor shadow. The color of the second candle is irrelevant, what’s important is the size of its body which should suggest indecision among buyers and sellers.  Lastly, the third candle should be bullish with the length of its body longer than its tails. The longer the body of the bullish candle is and the higher its volume, the more accurate is its reversal to a bullish trend. Also, the second candle could be the most crucial candle to evaluate within the formation. Regardless of its color, it should have a thin body such as a Doji or a Spinning top pattern. Also, it should be at a much lower level than both the first and third candle. The Doji or the Spinning Top pattern as a second candle itself is a signal for reversal. Having the third candle in the Morning Star Pattern serves as a confirmation of the trend reversal.

What is the Evening Star Pattern?

The Evening Star pattern on the other hand is the counterpart of the Morning Star Pattern. It is a bearish reversal pattern that is also made up of three candles. It is found at the end of a downtrend or bearish trend.

The same as the Morning Star Pattern, the Evening Star Pattern depends solely on the second candle. The first, as well as the third candles, are mainly for confirmation purposes.

The Morning Star Pattern and the Evening Star Pattern usually develops at the end of a trend and on highly volatile markets. While these patterns are found using a day-range period, it can also be found in other time periods. In addition, trend lines are not necessary for this chart. What’s important is that the second candle should always be higher or lower than the first and second candle.

As an example, let us consider a few assets from eToro to represent these patterns. 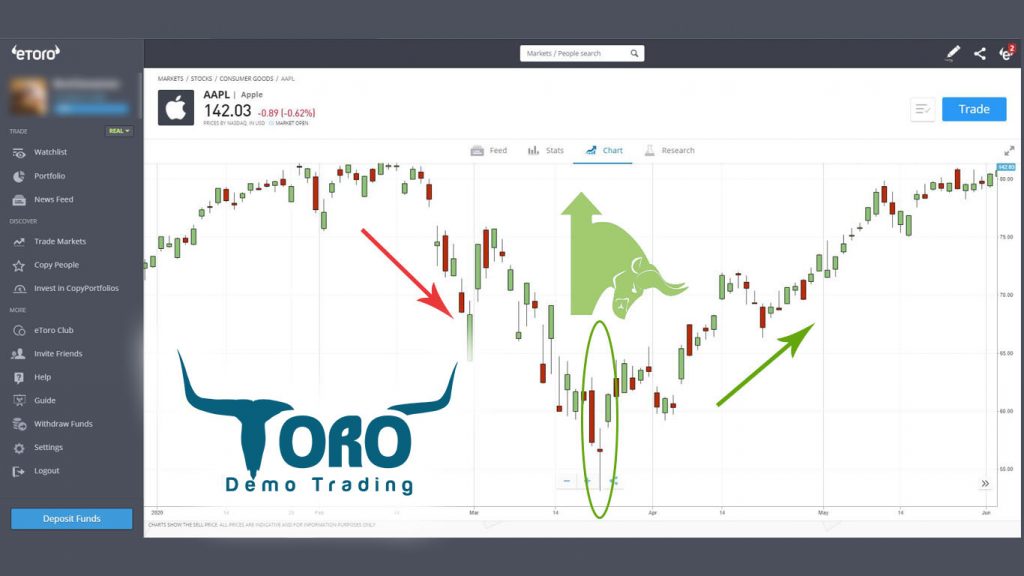 With this example, the pattern developed after a downtrend. It started with a bearish first candle which considerable body, followed by a Doji candle having long tails, and ended with a bullish third candle.

In this example, we can see that the tails are varying and there have been no trend lines involved. Also, gaps are noticeable between candles. The second candle as well is much lower than either of the first and third candle.

Reversal is confirmed after the third candle.

The second example is from Microsoft (MSFT), which displays an Evening Star Pattern. 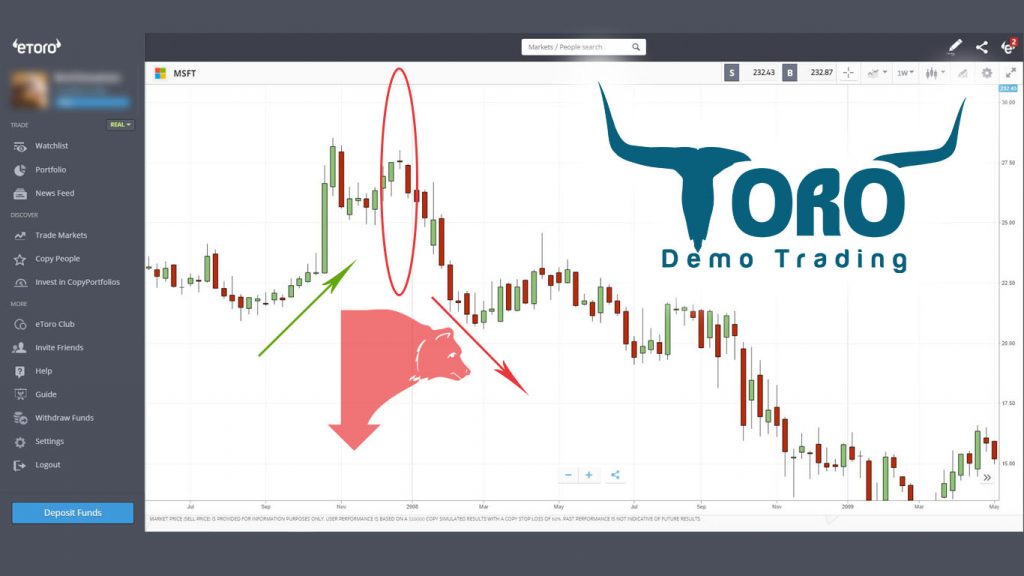 In the image, the pattern developed at the top of the bullish trend and reversed after it was formed. It has a bullish candle for its first candle, followed by a Doji candle having short tails, and a long bearish candle for its third candle.

Just like the previous example, gaps are noticeable between the candles and the sizes of the candles are varying. As well, there are no trend lines involved.

Based on the two examples, the first and third candles are mainly used as confirmations. The most important part of the pattern is the second candle. Having a Doji or Spinning Top as a second candle means that there is indecision during the particular trading day – both buyers and sellers can’t decide what to do during this period. Also, the second candle shows the slowing momentum of the current trend.

Compared to other reversal patterns, the Morning Star Pattern and the Evening Star Pattern holds more accuracy than others. This is for the reason that it is composed of more candles to serve as confirmation of the price action. With a first and third candle, a safe entry and exit point can also be established.

Despite bear markets being a natural period of a market cycle, it may be hard to anticipate such … END_OF_DOCUMENT_TOKEN_TO_BE_REPLACED

In the forex and stock market industry, prices will always fluctuate in a consolidation or … END_OF_DOCUMENT_TOKEN_TO_BE_REPLACED