The use of patterns in trading has been among the best ways to improve one’s chances of making profits – and among the most sought-after patterns today is the Head and Shoulders pattern. This pattern is famous because it has a high tendency to signal a trend reversal. It is easy to spot in a chart because of its distinct characteristics which compose of a high peak in the middle (which makes the head), and two lower peaks of almost the same size on both sides (which makes up the two shoulders).

So, what is a Head and Shoulders Pattern? 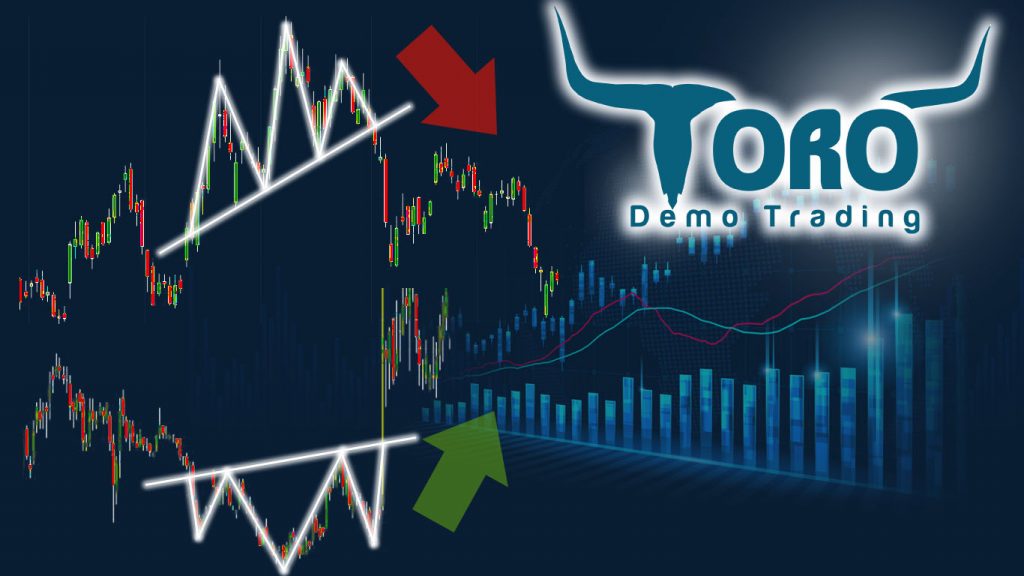 Among the few chart patterns that have a good success percentage with regards to signaling a reversal is the Head and Shoulders Pattern. It is a strong chart formation that appears with a common baseline or lower trend line among its head and two shoulders on each side. The head has the highest peak while both shoulders have lower peaks that touch a common upper trend line.

Compared to other chart formations or patterns, this pattern can take time to completely mature or develop (from a few months to years) and is prominent only on the top or bottom of a trend. One of the main reasons why it also takes time to develop is because it needs to reach the top or bottom of the trend where price action is most volatile. On that note, if the formation is located in the middle of a trend or during consolidation, there will be great chances that the breakout will fail.

Breakouts for a head and shoulders pattern happen whenever the line connecting all bases are breached by the recent price. Usually, a considerable volume or thick candle will confirm the breakout.

So, if you’re looking at a bullish market, finding the head and shoulders pattern at the end of the trend would be a great way to secure your investment seeing that a reversal will be anticipated. On the other hand, if you’re dealing with a bearish market, the reverse head and shoulders pattern would be your best signal to a change of trend from bearish to bullish – this would be a great time for you to secure positions.

How to implement the head and shoulders pattern on eToro

Now that you have a good idea of what the head and shoulders pattern is and how to find one in a chart, let’s see how we can implement it on an actual trade on eToro and what would be the best steps to take once faced with such pattern. 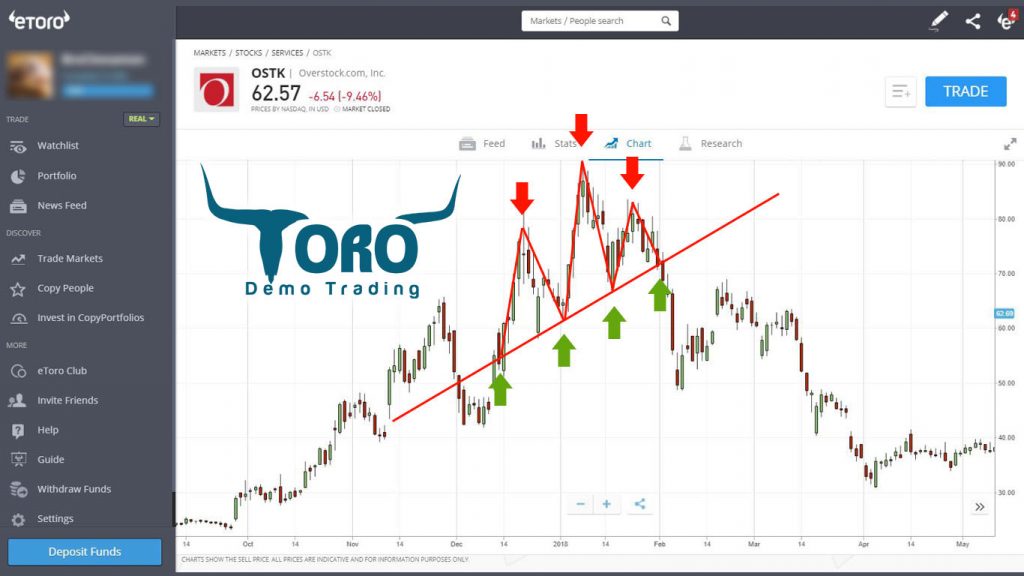 In this illustration, a neckline was drawn by connecting the legs of all the components – namely the head and 2 shoulders. Also, we can see here that the shoulders need not necessarily be of exact same height as each other. What’s important is that both shoulders should have a peak that is shorter than the head and all bases must fall on the same line.

With this example, we can see the increased volatility of the market within the specified range or period. The head and shoulders pattern is a bearish chart indicator which means it signals the time when prices will drop. In this case, the arrow on the right part of the pattern (pointing towards the base that touches the neckline) would be the best exit point to avoid considerable losses.

As we can see after the pattern has been formed, the trend continues to move at a downtrend. 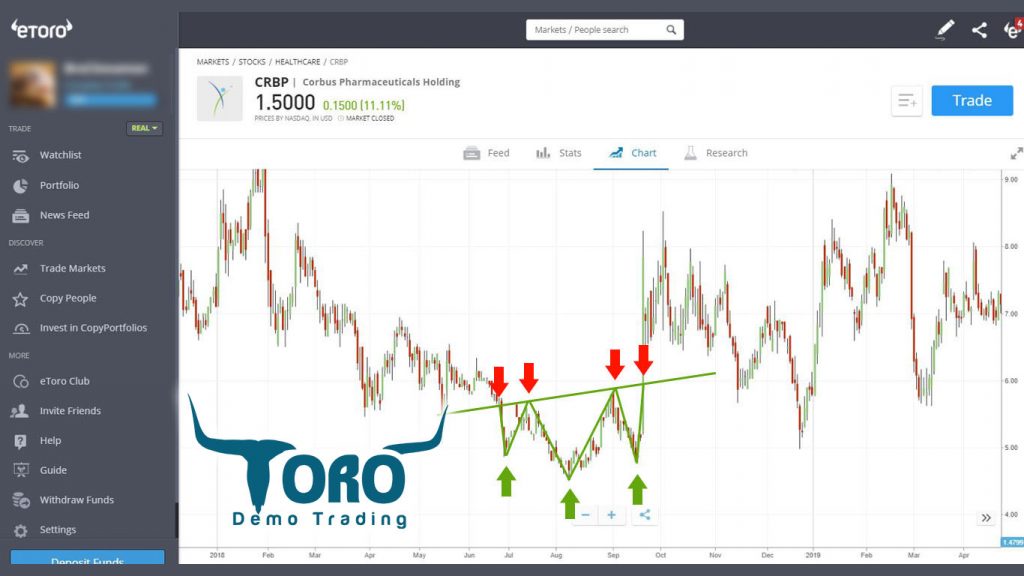 For a reverse head and shoulders, the best buy point or entry point is always around the right shoulder with its last leg breaching the neckline. After which, we can see that the trend continued to an uptrend.

From these two particular examples of the head and shoulders and reverse head and shoulders pattern, we can point out a few considerations which can help you make sure that you’re dealing with the right pattern. First is that it developed within at least 3 months – this means patience is a virtue when handling this kind of pattern. It usually takes longer to develop compared to other patterns because it is at the end of the trend – as mentioned earlier. At the end of each trend, many position holders are still fighting to keep the trend going thus making the price movement volatile at this stage.

The head and shoulders pattern is really the most sought-after pattern in a chart by many traders because not only is it easy to find because of its familiar form but because it accurately points out the exit and entry points in a trade.

This chart pattern is actually a powerful arsenal in trading when you’ve mastered how to find it and implement it in an actual trade. To effectively master this pattern all you have to do is perform diligent research in finding the markets that are equipped with this pattern. Also, constant practice in implementing this pattern would provide you with confidence and certainty when making decisions. eToro comes with a virtual portfolio where you can apply your new-found knowledge about the head and shoulders as well as the reverse head and shoulders pattern.

Thank you and Good luck!

Despite bear markets being a natural period of a market cycle, it may be hard to anticipate such … END_OF_DOCUMENT_TOKEN_TO_BE_REPLACED

In the forex and stock market industry, prices will always fluctuate in a consolidation or … END_OF_DOCUMENT_TOKEN_TO_BE_REPLACED