When it comes to trading, there will always be a chance when a previous price movement will repeat itself. As they say “History repeats itself” and this is also applicable in trading. With the probability of price movements repeating itself, chart patterns such as the Cup and Handle Pattern has been born in order to take advantage of potential profits.

What is the Cup and Handle Pattern? 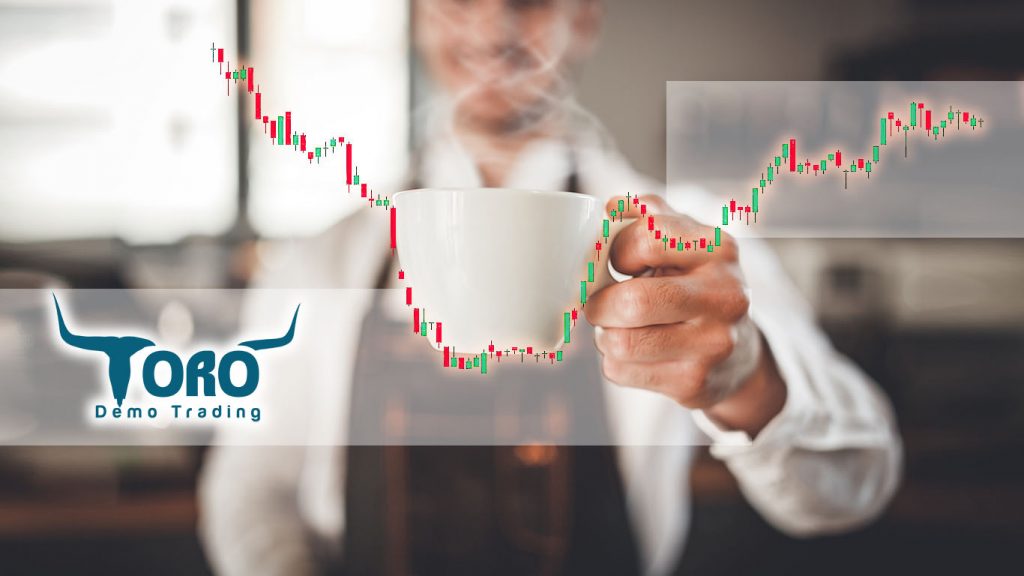 A cup and handle pattern is characterized by a trend that is moving in an upward direction and then drops down momentarily and stays there for a short time. Eventually, it resumes the upward movement and is expected to move towards a bullish market.

This pattern starts or develops when the value of the stocks is rallying or moving to its peak. As it achieves its peak, it receives selling pressure and drops down momentarily. A series of trades then enable the trend to stay on a flat line for a moment which constructs the U-shape bottom of the cup. After which, the stock will move to a level that matches the previous high – this constructs the handle of the cup. The formation of the handle can last for a few weeks to less than one month. Handles can be in the form of a straight line or a dropping line to about one-third of the previous high.

From the current level of the handle, an upward move will indicate a breakout, and the trend is expected to move towards a bullish market.

The pattern is usually confirmed by the volume movement wherein it starts with a strong volume from the uptrend, dies down during the decline, consolidates or stays low at the base of the cup, increases volume to complete the U-shape, and then drops to a third of the previous peak to form the handle. At the end of the pattern, a strong pour of volume will indicate a breakout for a bullish market.

This pattern can complete its form from 7 weeks to more than a year and this pattern has been previously used by many popular traders in executing large gains.

Now that you’ve gained a good understanding of the dynamics of the cup and handle pattern, let’s talk about how you can implement it on an actual trade on eToro. Let’s look at a few stocks in the eToro platform which makes use of this pattern. For a good example of the cup and handle pattern, let us use the asset, Xinyi Solar Holdings Ltd. From this chart, we can see from the left side that it is moving upward or at a bullish trend. before the pattern, we can see a slow increase of buyers and a decrease in sellers. From this example, we can say that the first confirmation of a cup and handle pattern is the slow decrease in selling volume. In other words, as the price is moving towards the tip of the cup, the selling volume starts to decrease.

As soon as the first peak of the cup is reached, the price drastically goes down with a steep candle followed by a slow price movement at the base. While at the base, we can see that there is no significant movement of the price and it moves in a sideways movement – also known as consolidation. After a while, the volume starts to pick up and rises towards the second peak which confirms the “U” shape or the cup itself.

Once the cup has been formed, a trend line is created by connecting both peaks of the cup. In most cases, the trend line will be used to confirm the breakout point of the pattern in case the handle lies on the same line. For the case of a diagonal handle that is at an angle from the trend line, distance from the bottom of the handle to the trendline can be used as a reference for possible consolidation prior to a breakout.

Breakout for cup and handle patterns happen on the tip of the handle as shown in the image. Reverse Cup and Handle Pattern with breakout at handle

For an example of a reverse cup and handle, let us refer to the same asset.

In this illustration, the asset is moving at a momentary downward trend showing strong selling volume. As we can see in the image, the cup is formed by the inverse letter “U”. the first tip or base of the cup is formed at the bottom of the trend and shows a small volume. After which, the price moves up and consolidates or moves sideways at the base of the inverted cup. Following the consolidation is the price drop until it reaches a second base.

Just like the earlier example, a trend line is drawn by connecting the tips of the cup. at the second tip follows the handle of the cup which lies on the trend line.

Just like the cup and handle pattern illustrated earlier, the breakout happens as soon as price breaches or breaks through the trend line. In this example, the downtrend continuous after the pattern.

While the cup and handle along with the reverse cup and handle pattern is said to have positive results, it is important to use it whilst keeping in mind a few considerations. These considerations will allow the trader to further increase the effectiveness of the pattern and will significantly reduce the risks of losses.

Just like any chart pattern, a trader should always consider stop-losses. Stop losses are established to limit the potential loss of a trade. Once the stop-loss limit is reached, the stock or asset is sold at the set limit price. By establishing a stop-loss order when using the cup and handle and the reverse cup and handle pattern, a trader is able to minimize losses. With a stop loss on your trading plan, you are able to stay away from unnecessary losses and you are able to keep a huge part of your trading balance.

One thing that the cup and handle pattern is known for is that the next price movement after the handle will have the same height or length as the handle. This means, if the formation of the handle covered a height of 10%, the initial breakout will also be equal to 10%. After this has been confirmed or established, a second potential breakout will be the same as the size of the cup. With these potential breakout points, it is always important to take profit or at least withdraw a portion of your investment to ensure profitability from the pattern.

Lastly, you would want to take notice of the volume movement when exploring a potential cup and handle pattern. The illustrations above show strong volume (in the form of the candle body) whenever the price moves toward the tips or ends of the cup. and the volume decreases or moves slowly at the base of the cup. in the same manner, the handle usually comes with a “not so strong” volume.

After the cup has been formed, the breakout will be represented by a surging volume.

The cup and handle, as well as the reverse cup and handle pattern, are a widely used pattern because of their impressive accuracy in pinpointing breakout points that leads to increased profitability. While this pattern is indeed a great arsenal to identify profit opportunities in a chart, one needs to bear in mind the risks as well as the considerations. By knowing all these considerations along with constant practice in handling this pattern, a trader definitely has greater chances of winning trades.

Despite bear markets being a natural period of a market cycle, it may be hard to anticipate such … END_OF_DOCUMENT_TOKEN_TO_BE_REPLACED

In the forex and stock market industry, prices will always fluctuate in a consolidation or … END_OF_DOCUMENT_TOKEN_TO_BE_REPLACED