We often hear about the adage buy the rumor, sell the news when it comes to trading. Some traders say that is a profitable trading practice to buy stocks or assets on basis of rumors and sell them once the news about the asset breaks out. While this may be true, it’s actually a bit complicated than it sounds and there are a lot of criteria and requirements to consider for a trader to profit from this trading practice. In this article, we’ll explain just what buy the rumor, sell the news is and how to actually do it with the aim to minimize risks and improve the winning rate on trading.

What Do We Mean by ‘Buying the Rumor, Selling the News’? 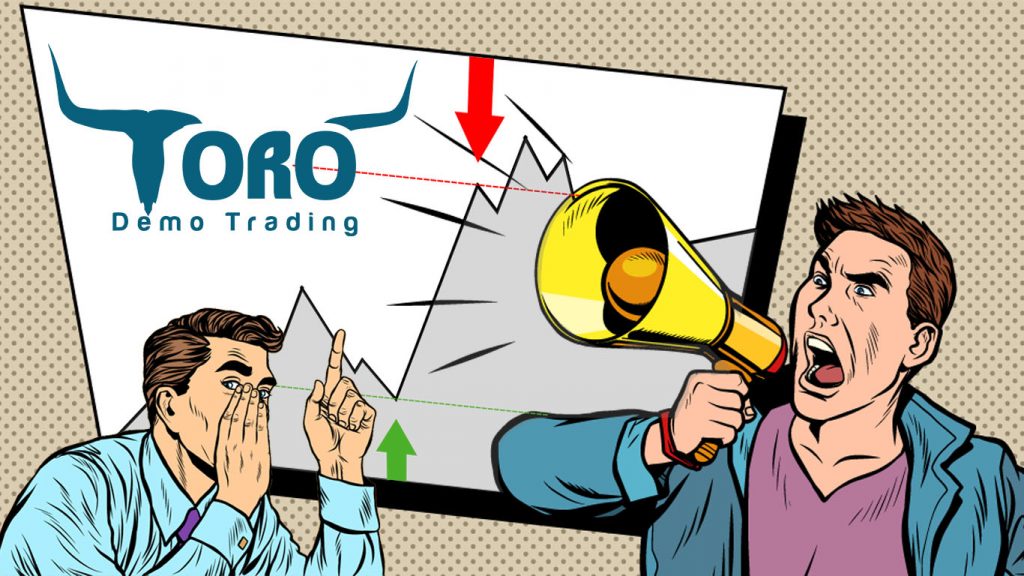 Buying the rumor and selling the news is a trading practice that considers rumors as an essential element toward a price movement, and considers the news as an element having a reverse effect. In other words, a trader will give more emphasis to the rumors rather than the news. In addition, the entry point would be when the rumors came out, and the exit point would be as the news came out.

This trading strategy focuses heavily on the timing of each trade as the rumors and news come other than the technical analysis of a stock or asset. Having known that the news and rumors are about to come out, traders make it a point to make significant trading decisions after these events.

Whenever news is released to the public, prices start to move drastically. However, it also reverts back or goes in the opposite direction as soon as the news has been absorbed by the public, or when the news has already been saturated. The rumors on the other hand are not usually announced to the general public and are only speculations and hearsays. While some rumors may be true and valid, there are also those rumors that are false and are only made up by traders or institutions who wish to manipulate price action. While a trader can indeed gain extra leverage when he or she has access to rumors, he or she should make sure that the rumor is in fact valid and reliable, or else any trading decision would incur losses.

Traders that adapt to this strategy usually chose rumors and news that are focused on earnings releases or updates, important meetings, trading ventures of a company, mergers, significant purchases and acquisitions, projects with big companies, and so much more. Traders will give more emphasis to those rumors posted on social media sites and other low-profile sources and websites other than major news companies and sites. As the rumors reflect on a chart, the price starts to make significant movements. On the other hand, when the news is already made public, the price starts to move in the other direction since traders have already absorbed the information – because of the rumor.

How To ‘Buy the Rumor, And Sell the News’

First of all, this strategy is applicable only for medium to long-term trading. It does not apply to day-trading seeing that rumors and news cannot be made or issued on the same day – it has to be days apart at least. Usually, the news comes out to the general public after a few weeks or months from the rumor.

To adapt this trading concept, a trader needs to identify actual facts from plain biases. In this regard, the trader needs to perform diligent research about the rumor or announcement. The rumor has to have solid proof, evidence, or basis for such an assumption. It should have facts and information relevant to the current state of the stock company and its staff. Whenever a rumor is found, a trader needs to immediately verify with the company through their page, company announcements and disclosures, and even to people or organizations connected to the company.

As mentioned earlier, this strategy focuses less on what’s happening on the chart and more on the news and rumors. With this in mind, a trader immediately makes decisions based on when the rumor has been received. Regardless of the current position on a chart, trades are made without technical consideration. The ideal entry point for this strategy is just as soon as the rumor has been made. Ideal exits would be when the news comes out or a few days after the news. Sometimes price continues to move with a strong trend even after the news has been made public, however, the price moves in the other direction eventually after the information has been absorbed by the traders.

Below is an example of the buy the rumor, sell the news strategy on Tesla.

The significant price movement began when the rumor about Tesla submitting an application to manufacture a new car model was posted on a private page on the internet. At this stage, everything was just speculations and there were still no results on the said application. Also, there were no announcements or news to the public about this venture.

Notice the date on this image – this rumor was dated November 05, 2020. Referring to the chart for Tesla, a minor price drop occurred before the price began to surge up. 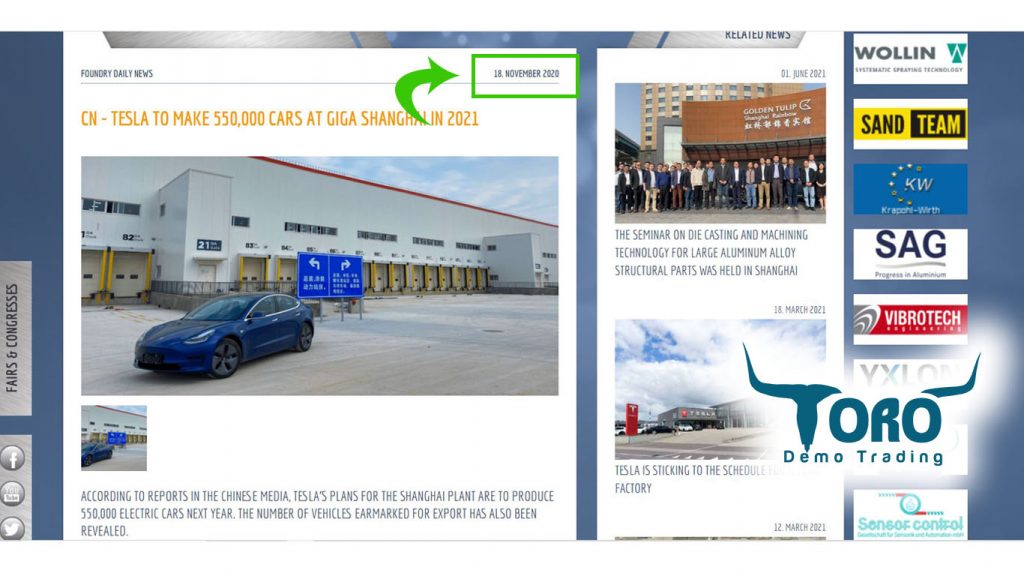 In the period of late November to December 2020, another rumor has spread highlighting the possible number of cars to be manufactured as shown in the image above. As soon as this rumor was made, the price also dropped momentarily before continuing to move at an uptrend.

Both the first and second news is considered rumors because of the insufficient support or proof and both news is not publicized globally.

Lastly, the image below shows when all the dealings and ventures of the company have been made public globally. The news was posted over news channels and even on social media websites such as Youtube. As soon as the news was made public on January 3, 2021, the price started to move up, however eventually moved to the other direction after a few days. 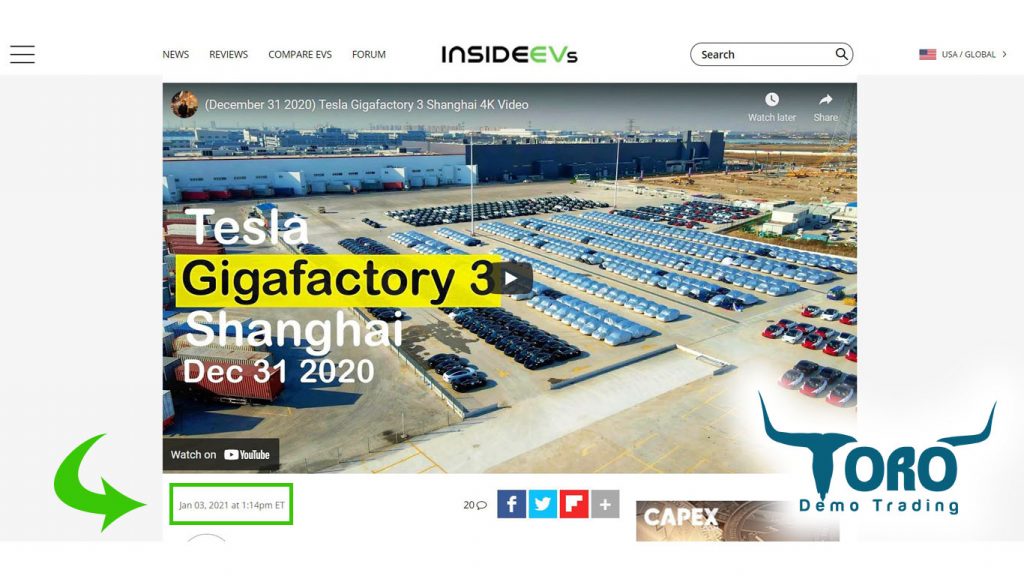 In this particular example, it is important to note the dates when the rumors and news are made. Between the dates when the rumors were announced and when the news was made public, the price moved significantly on an uptrend. This means traders were holding on greatly to the validity and reliability of the rumor. On the other hand, the increase in price were not very significant during the date when the news was made public.  Also, the price began to drop after a few days from the news announcement. At this point, the news was saturated or was already absorbed by the traders.

In this particular case for Tesla, the ideal entry points would be when the rumors were made – within the first weeks of November and December. Also, the ideal exit point was when the news made it to the public in the first few days of 2021.

Is It Worth It?

Now comes the ultimate question with regards to the ‘buy the rumor, and sell the news’ strategy – is it worth using in trading?

As previously mentioned, it is not suitable for traders who are engaged in day trading seeing that the cycle or process of formulating rumors and coming up with the news within a day or a few hours is less likely. Also, this trading strategy is not suitable for traders who are focused on technical analysis or price movements on a chart, seeing that the ‘buy the rumors, and sell the news’ strategy is only hinged on the significant dates.

While this trading strategy can prove very useful for people who take advantage of rumors at an early stage, it may prove to be very risky if the right timing is not met. Also, a trader needs to discern reliable and valid rumors from invalid or fraud rumors. A trader must have good research and analysis skills in order to take full advantage of this strategy.

As a final note, positive rumors present an opportunity to enter a long trader while negative rumors are a sign to go short. Either way, it is a good time to enter a trade when a rumor is out. Whereas it would be an ideal time to exit a trade as soon as the news gets to the general public.

Despite bear markets being a natural period of a market cycle, it may be hard to anticipate such … END_OF_DOCUMENT_TOKEN_TO_BE_REPLACED

In the forex and stock market industry, prices will always fluctuate in a consolidation or … END_OF_DOCUMENT_TOKEN_TO_BE_REPLACED