One of the most straightforward candlestick patterns in both forex and stock trading is the Bullish Engulfing Candle Stick Pattern. This is a prized pattern for traders not only because it is a sign of reversal toward a bullish market but it is also easy to spot in a chart. In this article, we’ll provide you with all you need to know about the Bullish Engulfing pattern and how you can use it to win trades on actual trading platforms like eToro.

What is the Bullish Engulfing Candlestick Pattern?

A Bullish Engulfing Candlestick Pattern is a candlestick formation that signals a reversal – from a bearish trend toward a bullish trend. it is usually found at the bottom of a bearish trend or downtrend but can also be found on trenches of a downtrend market. 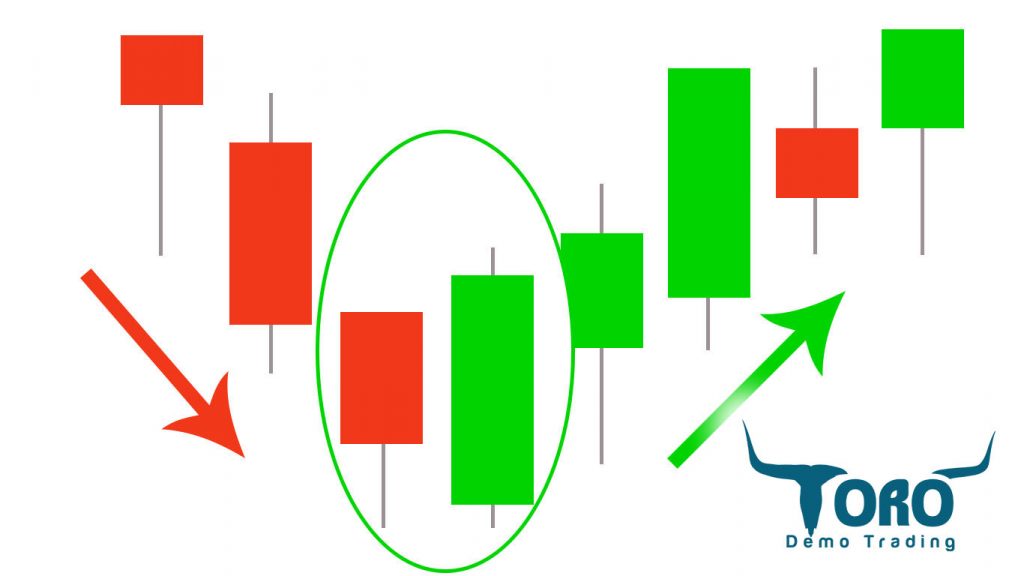 After the formation of the pattern, the trend reverses to a bullish trend creating higher highs and higher lows.

How to implement the Bullish Engulfing Pattern on an actual trade

As mentioned earlier, the Bullish Engulfing candlestick pattern is found at the end of a bearish trend but can also found below trenches – as shown in the image below.

Below is an example of a Bullish Engulfing pattern formation on the asset – Apple. We can notice from this example that the pattern formed within trenches or somewhere within an uptrend. As the price went down momentarily, the bounce back happened after the formation of the pattern. The best entry points in this example would be at the closing of the bullish candle or at the highest end of the bearish candle from the pattern. 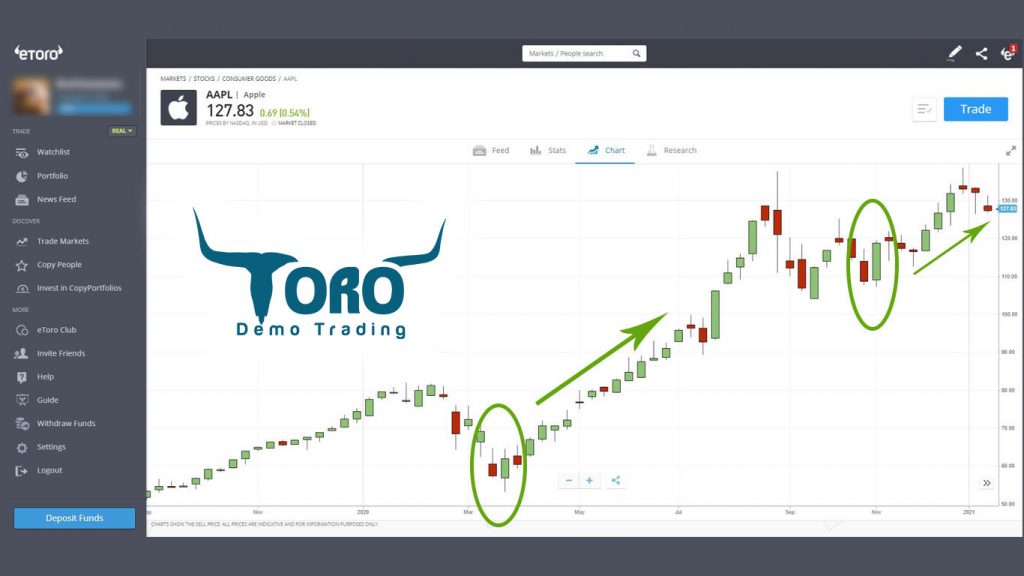 Here’s another example of a Bullish Engulfing pattern formation for the asset – HD (Home Depot Inc). In this example, the pattern formed at the end of a downtrend. Just like the previous example, notice the more prominent body of the bullish candle which engulfs or overpowers the bearish candle. This signals strength among buyers and trend reversal towards a bullish trend. 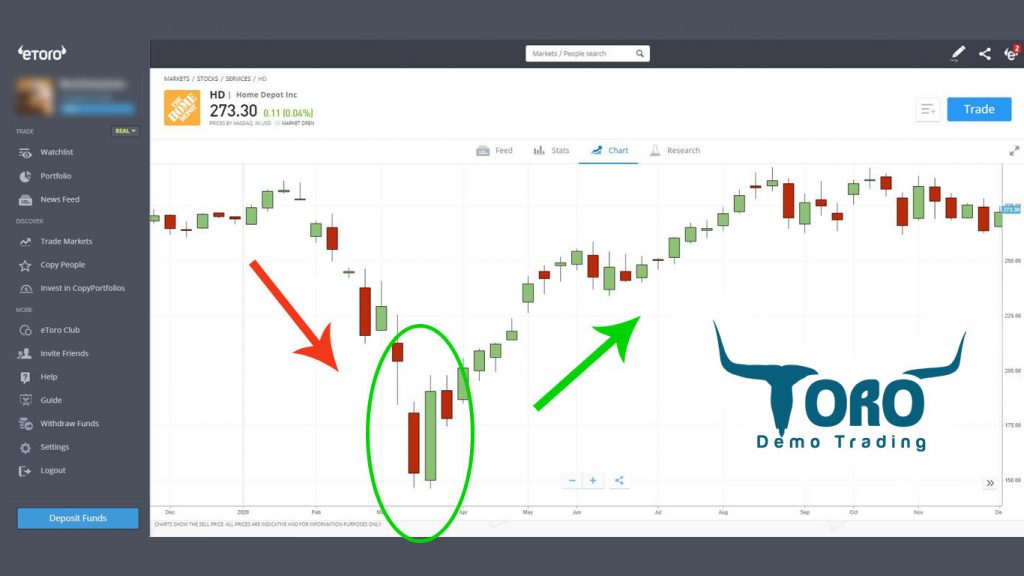 The Bullish Engulfing pattern is quite easy to find in any trend except for a trend that is on consolidation. A trend in consolidation is usually composed of a non-volatile price action where there is not much price movement.

The Bullish Engulfing Pattern is among the most basic candlestick patterns that are easy to spot and interpret in a chart. It is a powerful signal of a possible bullish trend thus providing potential gains for a trader. potential risks of wrong entries can be averted by considering the price movement of the bearish candle in the pattern – as mentioned earlier, the best entry point would be the opening price of the bearish candle.

Only by understanding the candlestick pattern can one trader be effective in using such a pattern. With diligent research about a given stock along with constant practice in using the Bullish Engulfing pattern, a trader has better chances of making smart and profitable decisions in trading.

Despite bear markets being a natural period of a market cycle, it may be hard to anticipate such … END_OF_DOCUMENT_TOKEN_TO_BE_REPLACED

In the forex and stock market industry, prices will always fluctuate in a consolidation or … END_OF_DOCUMENT_TOKEN_TO_BE_REPLACED