The bull flag pattern is the most commonly sought-after pattern in an uptrend market. This is for the reason that it presents an opportunity for a trend continuation after a momentary price drop. Beginning traders usually profit-in as soon as they see the price drop however traders who are aware of this pattern take it as an opportunity to buy positions. So, what is a bull flag and how can we take advantage of it on trading platforms like eToro?

In this article, we will share with you a comprehensive discussion about the bull flag as well as the bear flag and how you can find it as well as use it on forex and stock markets.

What is a bull flag and a bear flag? 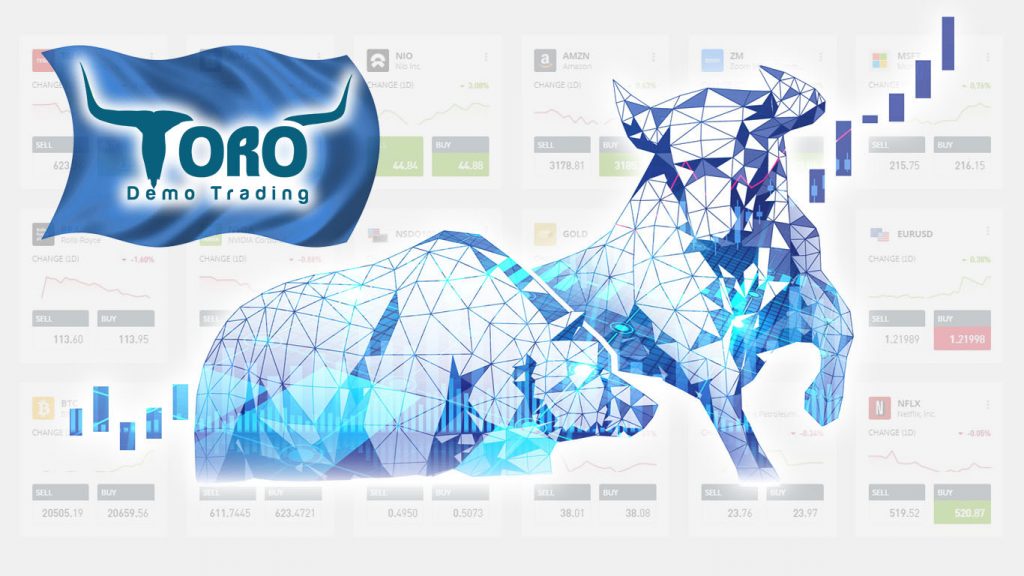 A bull flag pattern is a momentary pause in a bull market that starts with a strong price increase (which represents the pole), and a momentary price drop which represents the flag. Generally, successful bull flag patterns break out after the twelfth day to the second week. The breakout happens when a decrease in the volume is noticed and as soon as the upper trend line is breached.

The bear flag pattern on the other hand works with a bear market. It is the opposite of the bull flag pattern and is a continuation of a bearish market. The bear flag is composed of a pole which represents a sharp price drop followed by a short consolidation having a narrow price range usually having higher lows. Just like the bull flag, a successful bear flag pattern breakout happens as soon as the lower trend line is breached and the pattern should cover at least a date range of 12 days to 2 weeks.

Both flags are composed of an upper trend line and a lower trend line. These trend lines move in a parallel direction and are formed by connecting higher highs and lower lows during consolidation.

In addition, successful breakouts for either flag result in a price drop or rise equivalent to the length of the flag pole.

How to identify a bull and bear flag pattern Before you could actually reach the flag of the pattern, you first need to have the pole. The pole in reality is what holds the flag – and on the other end of the pole is the flag. The flag pole is composed of a strong series of price movements – price increase for a bull market, and price drop for a bear market. Also, the flag pole always follows the direction of the trend.

The flag pole is plotted by connecting a line from the recent bottom and peak of the trend. In addition, many traders consider the pole as important as the flag because it is a good indicator of how long the trend continuation will be. In other words, some traders assume that the length of trend continuation after the breakout will be as long as the length of the pole. While this is still a theory and still needs to be proven, it is actually a good way to reduce risks and it provides the trader with a visible exit position.

The main component of this pattern is the flag itself because it dictates when and where the breakout or trend continuation will occur. Unlike the pole, the flag is positioned in a reversal manner. So, if the pole is following an uptrend market, the flag will be moving toward a downtrend direction. Once the conditions are met and a breakout has been made, the trend will continue to a bullish market.

The change in volume can also be a great confirmation as to when a flag will occur. As the pattern forms, a considerable volume should be noticed – and this is what makes the pole. At the end of the pole, and as the flag starts to form, the volume should start to lessen and consolidation should be established. The lessened volume should be a good sign that tells, “something is about to happen,” or “or let’s rest a bit for a big breakout.”

The bull flag and bear flag pattern are quite potent arsenals when dealing with strong market trends. Being able to know how to spot these patterns on a chart enables one to execute more sound decisions during a trade. This also reduces risks and provides better assumptions and evaluations for exit and entry points in a trade.

To make full use of these chart patterns, it is also great to have a solid fundamental analysis of your specific market. Know your stock before you actually make an investment. By having a good fundamental analysis of your stock, you can have a better chance of spotting chart patterns. And by mastering how to spot a bull or bear flag on a chart, you will further improve your predictions and assumptions in your trade.

Plus you will get a Free demo account! Thank you!🙏💚

Despite bear markets being a natural period of a market cycle, it may be hard to anticipate such … END_OF_DOCUMENT_TOKEN_TO_BE_REPLACED

In the forex and stock market industry, prices will always fluctuate in a consolidation or … END_OF_DOCUMENT_TOKEN_TO_BE_REPLACED